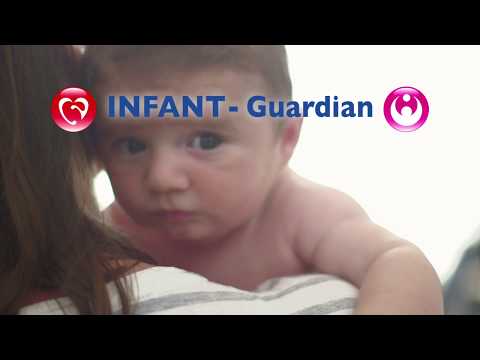 K2 INFANT-Guardian is Making a Difference in Labour Wards Worldwide

Every baby deserves the best start in life, but the process of birth isn’t always straightforward and can present difficult challenges for doctors and midwives. K2 INFANT-Guardian has been developed to help prevent stillbirths and brain damage, giving clinicians vital support when it’s most needed.

This revolutionary new NHS trialed software is proven to HALF the risk of a baby dying, or being brain damaged during labour. It interprets the CTG trace of the fetal heart rate, acting like an expert at the bedside. Results show it creates an even lower than low risk environment for high risk births. This pioneering technology has taken 27 years to develop and is designed by K2 Medical Systems, the experts in maternity software.

The INFANT software runs as a module within Guardian, which was developed first. They both have very different functions, so first, we’re going to see how Guardian works.

“Do you know what you’re having? Boy, Girl?”

Peterborough City Hospital is one of 40 UK hospitals that rely on Guardian. It captures the fetal heart rate electronically, along with the full clinical notes. With Guardian, there are no paper notes.

“It’s made my job easier so we’re documenting next to the bedside. We’re documenting at the point of care. It’s great because it captures things as they happen, it’s great because it means that you’re with your woman at her side during that time. You’re not having to go away and document things at a desk, or document things in the corner of the room, that you’re with her, that you’re being able to document at the same time. Documentation is so important in midwifery.

Guardian is capturing Hannah’s baby’s monitoring of the fetal heart rate. We’re picking up all the same things that we would have done on paper for the fetal heart rate that we’re looking at, here. But what we’re looking at, which is different, is that we can see all of Hannah’s previous monitorings that she’s had with her baby; monitored throughout the whole of her pregnancy.”

As well as capturing and storing the entire CTG trace, Guardian also stores a full electronic partogram in a format that’s familiar to clinicians.

The other feature of Guardian, which is making a dramatic impact, is that it also transmits this information over the hospital IT network. So senior staff and midwives can view every live CTG trace, together with the full case notes and patient information, wherever they are, including on-call, or at home.

“K2 Guardian has been very helpful in allowing me to view CTGs remotely, so I don’t have to be at the bedside when I’m rung about a patient. I might be doing a peripheral clinic, several miles away, perhaps up in Stamford 15 miles away – 20 minutes by road, but I can look at the trace straight away and then give advice over the phone. I can’t annotate onto the traces; there’s a safety feature that you have to be present with a patient in order to enter anything on to the record, but I can relay instructions to the midwife caring for the woman. I think there’s several advantages, the main one must be a safety aspect, because the chance of human error of a single person not recognising an abnormal heart trace and raising a concern about it is minimised because the likelihood is other people will be able to look at the trace, but it also provides a very valuable learning tool; We can review several traces at once, we don’t have archiving and storage problems, everything is instantly available electronically and we can build up our own library of interesting cases for training and teaching.”

So Guardian creates a high level of vigilance and a greater clinical support network, which reduces the risk of a clinical situation going unnoticed, or undiagnosed.

“It’s become much easier to get the reviews from Doctors, if they’re not able to leave the delivery suite, because our antenatal day unit is downstairs, delivery suite is upstairs.Delivery suite is the acute area where doctors need to be and if they’re busy, getting reviews for CTGs when we’re downstairs can take a long time and can mean that our waiting times are longer. Now, we can get doctors to review our CTGs, away from the day unit, and give us verbal plans over the phone, which has meant that the flow between patients in the day unit has become much easier.”

Giving midwives extra time to give more care to mothers and their babies.

The latest add on to Guardian is a central station electronic chalkboard, called the SaFERR Births Board. This stands for Situation and Features, Evaluation, Risks and Requirements. This is a risk management tool which summarises the important information for all women on the labour wards, both high risk and low risk. A major feature in reducing incidences of avoidable, poor outcomes.

So Guardian is the communicator, but now, let us tell you about INFANT.

For the first time ever, we’ve computerised interpretation of the fetal heart rate monitoring, during labour. INANT is an expert at the bedside, working 24 hours a day. INFANT assesses the same features of the CTG that a human expert would; Baseline heart rate and variability, accelerations, decelerations, signal quality, contraction patterns, pushing and sinusoidal and bimodal patterns. Where these patterns become abnormal, they are clearly marked.

INFANT-Guardian also expresses an overall concern level for the trace over four levels. Alerts draw attention to the changing patterns in the CTG, which require a thumbprint to acknowledge. If ignored, the warnings escalate.

***WARNING, there are some anomalies with the trace. Please acknowledge***

“INFANT is trying to do the same job as a human expert. It will look at all the same variables that a human expert will look at; those that are very familiar to clinicians of baseline, variability, decelerations and all the rest of them, but the thing about INFANT is that is has actually been tested on a very large dataset. It has been tested on cases that have had very poor outcomes and very rare CTGs that maybe some clinicians would perhaps not even see during a lifetime of clinical practice. So again, the point of INFANT is the fact that it’s been exposed to a very wide spectrum of CTG patterns and it’s been tuned to be able to recognise abnormalities and to be able to alert people to those problems.”

Between 2010 and 2013, 47,000 women at 24 hospitals took part in the testing of INFANT-Guardian, in the largest maternity trial ever funded by the NHS. These women were all deemed to have high risk pregnancies. We’ve compared the INFANT-Guardian results to the most comparable study available: The Birthplace Study.

The study found that INFANT significantly reduces the occurrence of abnormal CTG patterns of serious concern. Working together, INFANT-Guardian is a powerful tool in helping to deliver healthy babies. Tragically, every year, up to 800 babies die, or are severely brain damaged in the UK because of problems during labour. Difficulties in interpreting the CTG trace are a persistent challenge. Human errors that lead to avoidable brain damage, result in malpractice claims that cost the NHS hundreds of millions of pounds, every year. But INFANT-Guardian can reduce this suffering and loss of life. The government has announced that the NHS must halve the number of stillbirths, neonatal deaths and brain damaged babies in England by 2030 and is releasing funding for new technologies to help do this. Working together, INFANT-Guardian creates a lower than low risk environment for high risk births. Let’s invest in saving lives.