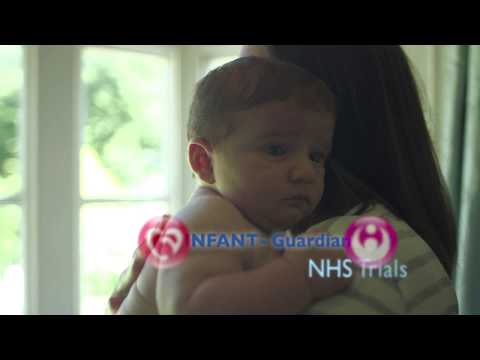 CTG interpretation is hard and even with training and experience, warning sign within the fetal heart rate trace can be easily be missed, or overlooked. Clinicians need help and so K2 have developed INFANT, a software module that sits within Guardian, that for the first time ever, computerises interpretation of the fetal heart rate and contraction pattern during labour and alerts clinicians to potential problems in a timely way. It provides expert support at the bedside, working 24 hours a day. INFANT assesses the same features of the CTG that a human expert would; Baseline heart rate and variability, accelerations, decelerations, signal quality, contraction patterns, pushing and sinusoidal and bimodal patterns. Where these patterns become abnormal, they are clearly marked.

INFANT-Guardian also expresses an overall concern level for the trace over four levels. Alerts draw attention to the changing patterns in the CTG, which require a thumbprint to acknowledge. If ignored, the warnings escalate.

“INFANT is trying to do the same job as a human expert. It will look at all the same variables that a human expert will look at; those that are very familiar to clinicians of baseline, variability, decelerations and all the rest of them, but the thing about INFANT is that is has actually been tested on a very large dataset. It has been tested on cases that have had very poor outcomes and very rare CTGs that maybe some clinicians would perhaps not even see during a lifetime of clinical practice. So again, the point of INFANT is the fact that it’s been exposed to a very wide spectrum of CTG patterns and it’s been tuned to be able to recognise abnormalities and to be able to alert people to those problems.”

Between 2010 and 2013, 47,000 women at 24 hospitals took part in the testing of INFANT-Guardian, in the largest maternity trial ever funded by the NHS. These women were all deemed to have high risk pregnancies. We’ve compared the INFANT-Guardian results to the most comparable study available: The Birthplace Study.

The study found that INFANT significantly reduces the occurrence of abnormal CTG patterns of serious concern. Working together, INFANT-Guardian is a powerful tool in helping to deliver healthy babies. Tragically, every year, up to 800 babies die, or are severely brain damaged in the UK because of problems during labour. Difficulties in interpreting the CTG trace are a persistent challenge. INFANT-Guardian can help clinicians to reduce suffering and loss of life. The government has announced that the NHS must halve the number of stillbirths, neonatal deaths and brain damaged babies in England by 2030 and is releasing funding for new technologies to help do this. Working together, INFANT-Guardian creates a lower than low risk environment for high risk births. Let’s invest in saving lives.