“Thank you for taking the opportunity to learn more about K2 Medical Systems. Our stated purpose is to improve standards of care for women and babies throughout pregnancy by providing maternity professionals with the information needed to make better clinical decisions at the point of care and eliminating inefficient paper-based processes. This purpose is at the core of all our activities, from our engagement with clients and partners to the research and development of our advanced technology and all the supporting processes.

I joined the company from another Harris healthcare technology business dedicated to genetic information management systems. Within hours of meeting the K2 Medical Systems team I’ve been impressed with the passion, dedication and expertise that accompanies a strong desire to continuously enhance the products and services we provide.

Our success is built upon extensive research and a commitment to continuously enhance our offerings, in collaboration with our clients and relevant industry bodies.

I’m proud to be involved with K2 Medical Systems and look forward to many more years of providing high quality products and services to improve maternity care.

We welcome your feedback on any aspect of our business and I encourage you to contact myself or one of the team.”

It is a great strength of our company that all employees care deeply about what we do and why we do it. With a large team of Software Developers, Clinical Design Specialists, Project Managers and helpful Support Contacts, your project is in safe hands. K2 are honoured to have been selected as finalists and winners in a number of prestigious awards over the years, and are extremely proud that the hard work and achievements of the K2 team have been recognised by independent, professional bodies and institutions.

K2 continue to make significant steps in innovation and technological advance in the healthcare sector and the below awards and accolades show our unrelenting dedication to improving maternity healthcare for patients and clinicians alike.

The story began when the Plymouth Perinatal Research Group came into being in July 1989 with a vision to look at how new technology could be applied to improve patient monitoring during childbirth. The group had no support funding initially but certainly had the joint good will of Plymouth Hospital’s NHS Trust and the University of Plymouth. The PRG grew to become inter-disciplinary with a mix of doctors, midwives and engineers.

The computer based training was evaluated in a scientific controlled trial and was found to be able to significantly improve the knowledge of clinicians. In 1995 an INFANT® prototype went on permanent exhibition at the National Science Museum, London.

K2 Medical Systems came into being in August 1999 when the University of Plymouth and Plymouth Hospital’s NHS Trust transferred ownership of all IPR generated by the Perinatal Research Group into the company in return for a small shareholding. The work then commenced to convert the research into real products that could be transferred into clinical practice. We had to learn how to market and sell them, and to run a business that generated enough funds to sustain the required personnel and infrastructure.

Over the years K2 has grown quickly. We now have subsidiary companies in Australia and the USA and have representation on the ground in the Middle East and South Africa. We have customers all around the world using our products from London, New York and Sydney to Shetland Isles, St Helena and Gibraltar.

Our work is far from complete. We have a number of development programs underway that we believe will make significant breakthroughs and represent our greatest achievements in both medical software and patient monitoring devices yet. We are committed to continued innovation and look ahead with much excitement at the new developments we have underway. 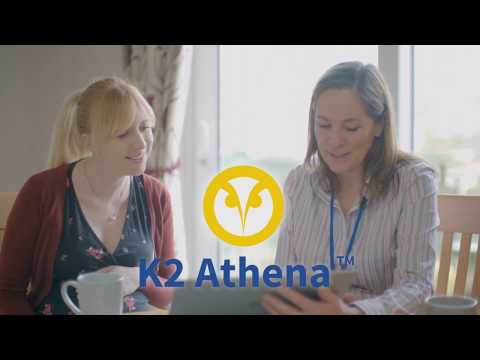 K2 INFANT-Guardian is an intelligent system that offers comprehensive risk reduction technology for labour and delivery, ensuring the capture of quality data to hospital and national guidelines, supporting clinicians in best practice to help reduce risk and poor birth outcomes.